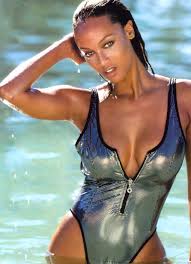 Tyra Bank is  currently on a campaign with Special K to ban fat talk  and promote positive body image, told HuffPost Style that the labels that separate women are also harmful:

“I don’t like the label ‘plus-size’ — I call it ‘fiercely real.’ On ‘Top Model,’ we call it fiercely real. I don’t want to use the term ‘plus-size,’ because, to me, what the hell is that? It just doesn’t have a positive connotation to it. I tend to not use it.”

And she practices what she preaches. In 2008, Tyra crowned the “fiercely real” Whitney Thompson  the winner of “Top Model” Cycle 10, with the press labeling her the show’s first “plus-size” victor. Two years later, Tyra launched the “Fiercely Real Model Search” for plus-size teens. Incorporating more diverse body types “plus-size” and otherwise, should be the norm, Tyra says. “We just need to make sure it’s not a trend and that it’s something that’s normal, because this stuff comes in waves and it would be nice to see it become constant,” she told us. 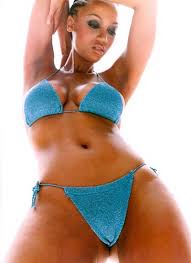