Kim Kardashian and Kanye West took a night off from doting on baby North West to go on a double date with pals Tyga and Blac Chyna in Los Angeles on Friday, Sept. 20Credit: The Media Circuit/AKM-GSI

A night out on the town! Kim Kardashian and Kanye West took some time off from doting on baby North West to go on a double date on Friday, Sept. 20. The first-time parents dined with hip hop couple Tyga and Blac Chyna at Hakkasan in Los Angeles.
rapper tyga holding his and black chyna’s baby girl.

Dressed in a long pink coat and a white ensemble, Kardashian showed off her slender post-baby body and stunned with minimal makeup. The 32-year-old mom also wore a simple blue necklace and sported her new blonde locks. The first-time mom was previously spotted wearing a baggy button-down and baggy grey combat pants during a low-key outing two days earlier.

During the meal, the two indulged in the Crispy Duck Salad, Sesame Prawn Toast, Dim Sum Platter and Strawberry Ling Ling cocktails. They were also in no rush to leave, as they canoodled for hours during their time away from North.

As the two couples left for the evening, West, 36, and Tyga, 23, held the door for Kardashian to exit first. Tyga drove the foursome, with West and Kardashian seated in the back.

Calvin Harris and Rita Ora were also spotted at the restaurant on the same night, but dined separately.

During the night, West and Kardashian also stopped by Soho Night in West Hollywood. “Kim looked really great! She was tiny and holding Kanye’s hand,” a source tells Us Weekly of the outing. “She and Kanye were out on the terrace for a while chatting with friends then headed straight down the steps to the elevator to leave without stopping by the front bar area.” 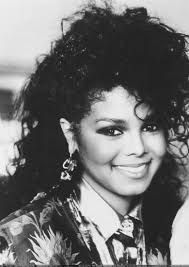