After 12 weeks, twelve songs, and tonnes of votes, Jamaican Tessanne Chin has emerged the winner of the American Talent Show, The Voice.
Her Coach SEXIEST MAN IN THE WORLD, Adam Levine was also left stunned by her performances, he declared her one of the best singers to ever happen to the voice. 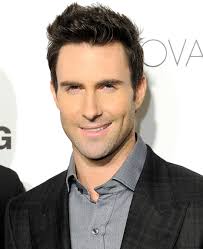 Her Adam Levine-coached teammate, Will Champlin, was announced third and Jacquie Lee of Team Christina second

Tessanne who last week told host Carson Daly that a win would mean a great deal for her, walks away with a recording contract with Universal Music Group and US$100,000 (J$10 million).

As the Jamaican was announced the winner of The Voice in Los Angeles, California; Half-Way Tree, St Andrew erupted. The horn-blowing, flag-waving fans had long congregated in the St Andrew capital and several other Area locations in anticipation of the announcement of The Voice winner.

Tessanne’s journey on The Voice began on September 24 when she blasted her way onto the show and into the hearts of fans and the four coaches, Levine, Christina Aguilera, CeeLo Green and Blake Shelton.

But she would choose Levine to be her coach for the competition.

After eliminating contenders Donna Allen and Ashley DuBose in the battle and knock out rounds, respectively, Tessanne moved on to the live rounds, flooring the judges and the audience and triggering a Twitter firestorm week after week.

#TeamTessanne parties would also pop up locally and internationally, as fans of the ‘bread and butter’ artiste ensured that Tessanne remained atop the voting and the iTunes Charts. 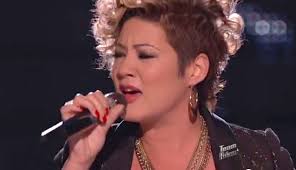 Tessanne Chin’s rendition of Simon and Garfunkel classic ‘Bridge  over Troubled Water’ has now jumped to number one on the iTunes music chart.

Chin gave a powerful performance of the timeless classic on Monday  night’s live show of NBC’s The Voice.

Each time a song is bought on iTunes the competitor recieves five  votes. Also, according to The Voice host Carson Daley, each performance that  makes it to the iTunes top ten will have their votes multiplied by five.

16-year-old Jacqui Lee’s rendition of ‘Angel’ also made it to the  iTunes top ten list.

Voting closes at 11am Tuesday.