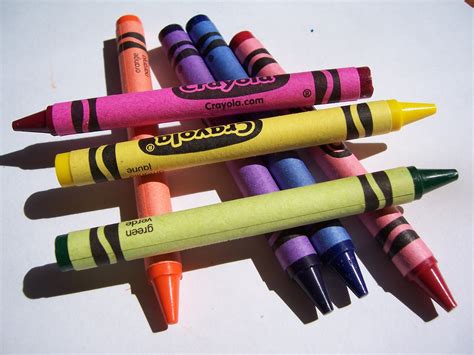 Currently, no one really knows when crayons were invented. All that is known is that the word comes from the mid-17th century and is a conglomerate of two Latin words: “crale” which means chalk and “creta” which means earth. The practice of combining various pigments with oil goes back thousands of years. And it was a method that was employed by a wide range of different cultures – from the Egyptians to the Greeks and Romans.

Modern crayons have their roots in the Middle Ages and was often a tool used by artists. These cylinders were shaped like crayons but didn’t have the same composition of the modern crayon. They were mainly composed of charcoal and oil and were more like pastels. Over the years, crayons would evolve as a cross between a pastel and a modern crayon and would be popularly used during the 18th century. Eventually, the charcoal in these crayons would be replaced with various pigments. The biggest breakthrough in crayon technology came about when Joseph Lemercier produced a crayon in 1828 that replaced the oil normally found in crayons with wax instead. This produced a stronger crayon that could hold up to more vigorous drawing.

By the beginning of the 20th century, there were several companies producing wax crayons in the United States. In 1902, Crayola brand of crayons was invented by Edwin Binney and C. Harold Smith. The name was created by Mr. Binney’s wife, Alice Stead Binney, who combined the French word for Chalk (craie) with the ole from oleaginous (the paraffin wax used to make the crayons). Crayola offered 19 different boxes with 30 different colors when they first hit the market.

Between 1903 and 1998, Crayola had produced 120 different colors. From 1998 through today, 50 crayon colors have been retired. Today, some of the other brands on the market include Dixon Ticonderoga and Rose Art Crayons. There are also a number generic brands on the market today as well.