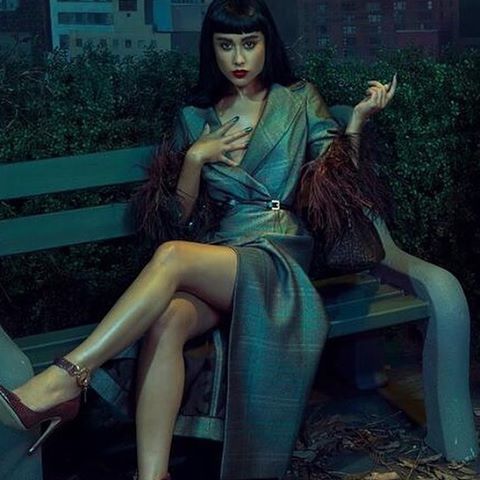 like Jeff Bhasker and Emile Haynie, recorded with Will.i.am and LMFAO and co-wrote the song “Holy Water” on Madonna’s new album, Rebel Heart and has worked with Rihanna to write one of her biggest hit songs to date {kiss it better}.
Natalia and Moon, who met each other at  cherry tree recording company  which both were signed at the time in 2013.  They started a world wind romance and got  married. 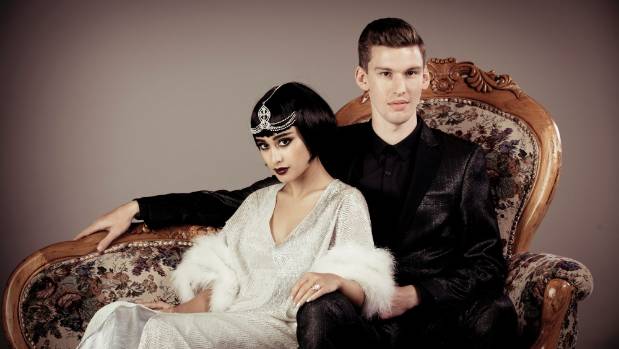 They were approached by excutives to  join the NZ X Factor for its second season. Things were going ok for the couple but after a few more shows they  both were expelled ; when the publicity stunt that they  pulled to boost the show’s ratings backfired.
Cameras started to follow the couple everywhere they went and When asked about how the couple was holding up, Natalia Kills replied, “We had no idea what reality TV entails and how much or how little of it is reality. I am still shocked that all happened but we’re delighted To be back and enjoy quality time together .
Most people do not know that reality television is a construct and the people that they pay must pull stunts  and create drama to boost its ratings.
The couple never spoke up about the ‘publicity stunt’, because of legal complexities. But  When they caught up with the couple another time and she was questioned her reply was ‘Sometimes TV Producers Plan Drama For Ratings’ Natalia Kills went on to say that she could not defend herself due to a “wide-reaching legal gagging-order.
Natalia Kills controversial takedown of Irvine stemmed from the belief that the X Factor contestant duplicated Moon’s signature look, which has long consisted of a slim suit and slicked-back hair.
Natalia Kills wrote that she was “encouraged to be outspoken and things got out of hand,” while her husband Moon added, “The reality of ‘reality’ TV is that there’s a lot the viewer doesn’t see.” 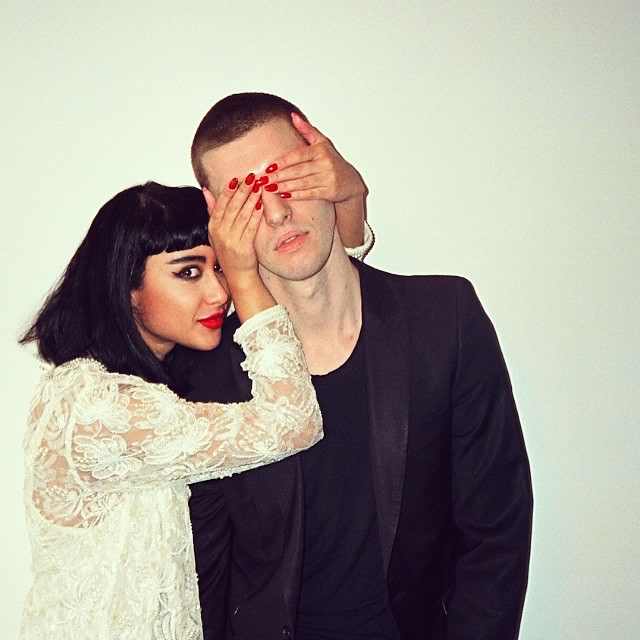 Natalia Kills spoke to MTV in her own words “When you’re under contract there’s no room for error, so I wish I could have spoken up and addressed Joe sooner. It’s awful he got dragged Into this but I wish him all the best on reality TV and with his music.”
Joe Irving was the emerging artist at the time on the NZ XFactor.
When questioned about his personal feelings on the comments directed at him from Willy Moon and Natalia Kills,his statement was I got no assistance from anyone afterwards and it has left me thinking reality shows are just staged for a big publicity stunt,” Irvine said. He also said that”Anyone appearing on one of these things needs to be mentally prepared for anything.”
A source claimed that Joe Irving said in an interview that she shouldn’t have to apologize for a stunt that she was paid for.
When Natalia Kills and Moon’s criticisms went viral, Kills and Moon have been widely derided for assuming that the contestant copied Moon’s look, and subsequently,they were dismissed from appearing on the show following a petition to remove them.
Global pop culture authority Black Book went and did a little bit of investigating and
An inside source  told them that the bullying stunt by Natalia Kills and Willy Moon was, as many have speculated, the plan of producers.
Multiple sources in the industry behind closed doors said that both Natalia Kills and Willy Moon were encouraged to tear down Joe Irvine that night.  And it worked out for the show but unfortunately not for them. After Natalia and Moon pulled the stunt, the NZ  X Factor’s ratings escalated and ended up in news articles all around the world. 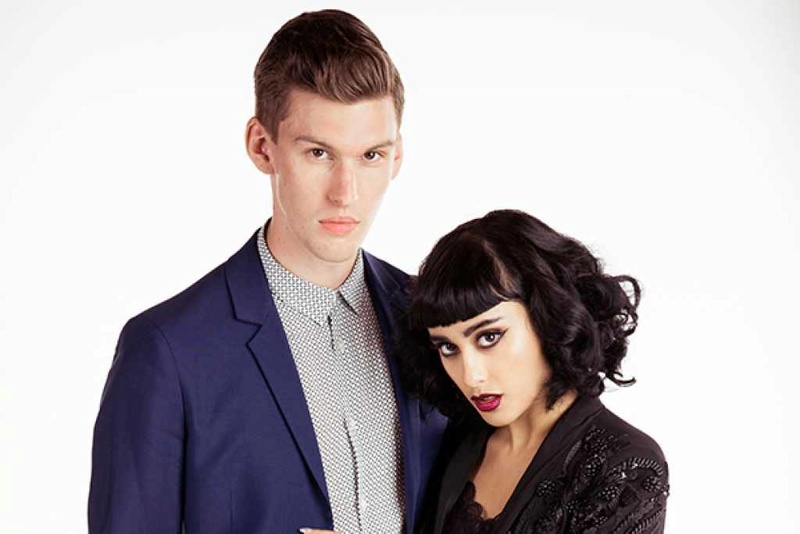 According to an inside source at the production company in New Zealand (who chose to be anonymous for obvious reasons), the bullying debacle was all for show – but not thought up by Natalia Kills as many imagined. No, this one was the production company’s idea According to the source that spoke to black book : Was it Blackbook or another source that claims that the victim of it all, Joe Irvine, was also in on it, which might explain the absence of his usually present tears and emotions according to the source.
The two judges were allegedly given instruction to spark controversy but things got out of hand than anticipated. So there you have it guys some reality shows are scripted to boost ratings and notoriety.
Black book went on to say,The poor guy (Joe) was actually excited like I’m just like Willy Moon, I’m gonna be Willy Moon tonight. Of course it was a pre-planned stunt but the usually vocal pair went into absolute shutdown, and once they surfaced, they were meek and just denied it was a stunt.
The NZ Xfactor then became known worldwide and everyone  has been talking about it up to this very day. Multiple celebrities talked about the show, effectively giving it more publicity.
Another source stated that The funny thing is that it doesn’t matter that it is exposed as scripted.  The final win is that everyone is talking about it.  It doesn’t matter why. 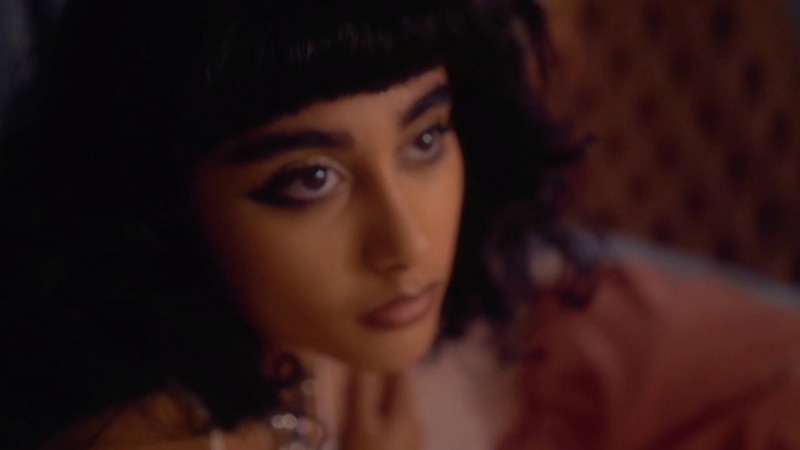 “, Natalia says she renamed herself and ended up collaborating with Madonna on the Rebel Heart album and also with Rihanna.
“I was drafted onto Rihanna’s writing team, spending months travelling the world with her and ultimately co-writing Kiss it Better on her world-wide #1 album.
Since then she created an album;Teddy Sinclair says her new album was created during a 3 month lock in at the studio with her husband Willy Moon” and in the process they  started a  band.

While Natalia Kills was signed to Cherrytree Records in 2013 she was issued her sophomore album Trouble’, along with Interscope Records. She also went on to start a new band Cruel Youth and we just can’t get enough of this timeless beauty and her big talent. 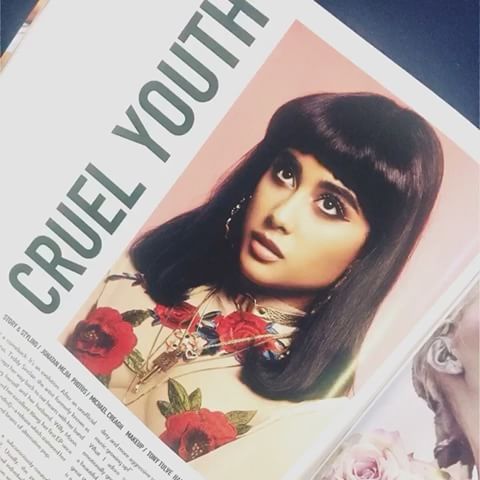 She’s not stopping; All her songs have catchy melodies and solid lyrics that just spring at you . The emotion is all in her  groove and that groove is classic. Natalia verbalicious Teddy Sinclair is the show, and  when you watch her you see something soulful and amazing! She’s growing and changing and those changes reflect on her bountifully. She’s sensational elegant and her own power-house. She’s always coming up with a different sound, always challenging herself. I salute her.