Naomi: she’s so famous that she’s called by her name only. 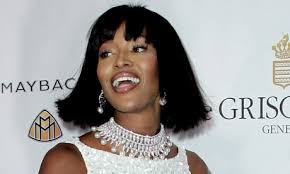 She’s a symbol of beauty and elegance, of social commitment and a life lived under the banner of freedom. First black model to appear on the cover of Vogue Paris, Vogue UK and Vogue China, in more than 20 years of career she’s proven it’s possible to pull any stereotype down. 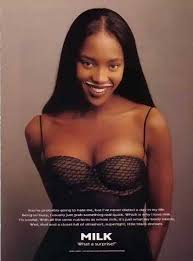 Debuting on the cover of Elle at 15 only, Naomi admits she has “no regrets” in her career, and how could it be different? She has appeared on the most important glossy magazines, portrayed by the wizards of fashion photography – among the others, Peter Lindbergh, Mario Testino, Paolo Roversi, Ellen Von Unwerth and Steven Meisel (“I met [him] when I was 16 years old, and we are still very close to this day”) – who have turned her into an icon. 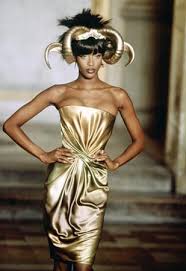 “The most important thing to me, really, is I trust the photographers that I work with, and I trust that they’re going to transform me into something else.” The magic of the metamorphosis is the part of her job she loves the most, in addition to the means of such transformation: clothes and their designers.

“Everyone knows I’m very close to Azzedine Alaïa, someone who took me into his home when I was 16. I’m very close to Gianni (Versace). I always treasure Alexander McQueen, John Galliano, Marc Jacobs. The part that I love is that I got to be there when they were just going; I got to be there, I lived with them as they grew. It was amazing. It was great to be part of that.”
She defines her wardrobe extensive and explains she’s never got rid of what she was given since 1986: “I have collected and kept everything I’ve ever been given from all the designers I’ve ever worked with, which is a lot.”

Everybody knows her public side – covers and editorials on magazines, appearances on red carpets and runways – but Naomi thinks her privacy is very important: “I don’t do Facebook and I don’t do Twitter. For me, there’s a line that you have to have, I like to have my privacy when I’m having my personal time.”
Fond of any form of art (theatre arts, ballet, poetry), she loves reading, especially books, and that’s how she spends part of her spare time.
Athletic and statuesque, she pays a particular attention to her fitness: “I don’t drink alcohol, I don’t eat meat, I work out 90 minutes minimum a day.”
She reveals she carries a black tourmaline crystal with her all the time and she has many dreams to make true, a goal that she’ll surely reach thanks to her determi 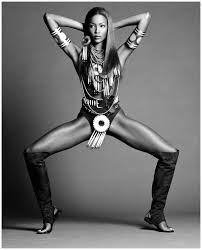